If it runs on a battery, the most concern is to know the battery operating life. The operating time described in the IC-705 brochure is approximately 3 hours, for conditions under 1:1:8 for TX : RX : Standby respectively (when the Power Save function is ON, in the FM mode).

This condition may not represent an active ham operation, but the information is useful as a reference for a “regular ham” operation. First, I confirmed it in an experiment.

How long does last?

I am a Japanese amateur radio operator who loves QRP field operation. I live in Osaka, in the center of Honshu, the main island of Japan.

The long-awaited IC-705 arrived. At first glance, it’s certainly small for a portable radio, but I was surprised that it has almost the same functions as a large base station radio. I was impressed that it is powered with an attachable battery pack.

First, from the results of the proof experiment were one fully charged BP-272 could operate for 2 hours and 40 minutes under the operating conditions described below. Although it is a little shorter than the brochure time, it seems that it is almost the same operating time as the time in the brochure.

On Sunday, June 28, I carried out the first portable operation with the IC-705. I fully charged the supplied BP-272, and another BP-272, which I purchased separately.

t 1400 JST(Japan Standard Time), I turned on the radio, selected the 6-meter band and I could hear few stations communicating. I set the frequency at 50.230 MHz, and continuously sent CQs for about 15 minutes, but no one responded. It may be because the antenna is a just simple wire dipole and the output is only 5 W. I sent out CW CQs again, without regret, for about 10 minutes, but again there was no response.

Since there was no response after operating for about 25 minutes, I wondered if radio waves were being emitted. I thought I used a lot of battery power, but the battery level indicator was the same as when it was fully charged.

At 1425 JST, I switched to SSB and heard a station in Hokkaido (JA8). Es (Sporadic-E) was occurring. A distance of 1200 km cannot be communicated over, unless Es occurs. If Es occurs, it is no longer I called the station, but I initially could not make contact until about made the 5th attempt. After contacting this station, I enjoyed communicating by Es with 11 stations, for about 2 hours until 1612 JST.

At 1612 JST, more than two hours had passed since I started operating, but the battery level indicator still showed two segments. I continued sending CQs on SSB and CW, but unfortunately, I could not make any more contacts. After this, the battery level indicator showed only one segment, and the power was turned off in about 5 minutes, as the BP-272 has exhausted. I enjoyed operating for 2 hours and 40 minutes from 1400 JST to 1640 JST, on SSB and CW. 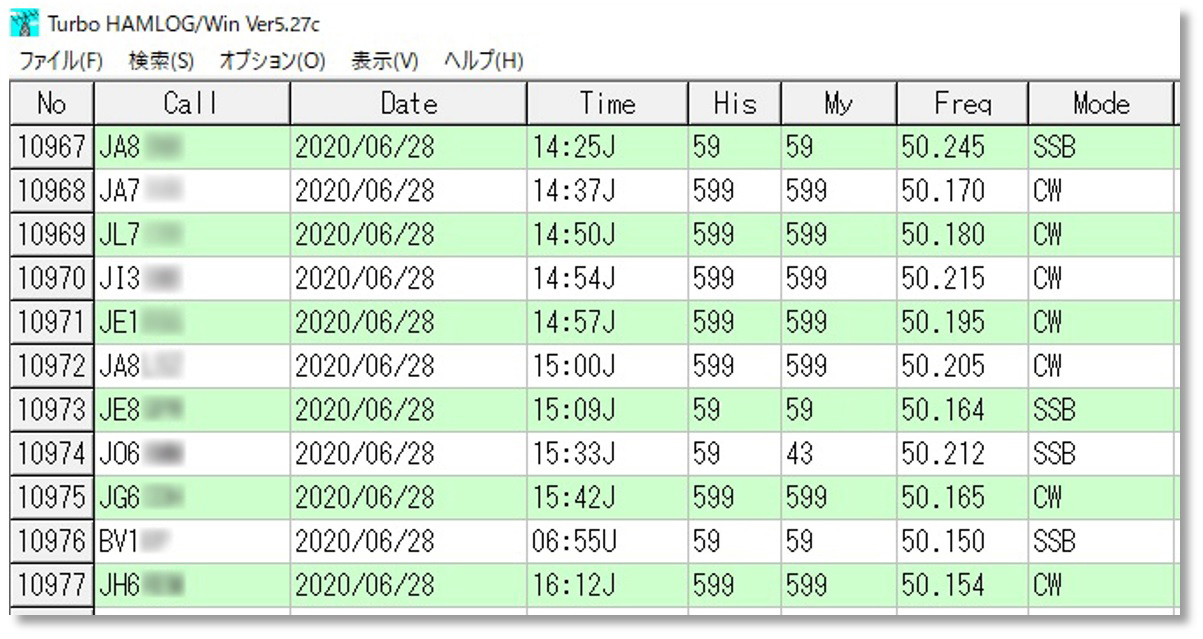 The FM mode provides full power even when you’re not speaking into the microphone, so it’s not gentle on the battery. So, I operated on 430 MHz, FM mode, 5 W operation with a fully charged BP-272.

In this stress test, the battery lasted 40 to 45 minutes in a pile-up operation, with approximately 1 minute transmission, and 1 minute reception, from start to finish. I was surprised by the tenacity of the battery, but I was also impressed with the well-made, energy-saving design of the IC-705.

On Sunday, July 5, rain was forecasted in western Japan, but due to the clouds disappearing a little before noon, I ventured to a nearby mountain that is 470 m above sea level. I put a lot of things in the LC-192, including an extra fully charged BP-272.

At 1506 JST, on 430 MHz in the FM mode, I pushed a knob marked “MULTI” and set the power to 50% for 5 W. I made a CQ on 433.06 MHz, a clear frequency. I immediately received a call back, and made contact. When the QSO with this station was over, I was called by other stations. After that, it became a so-called pile up, where I was called by several stations all at once. 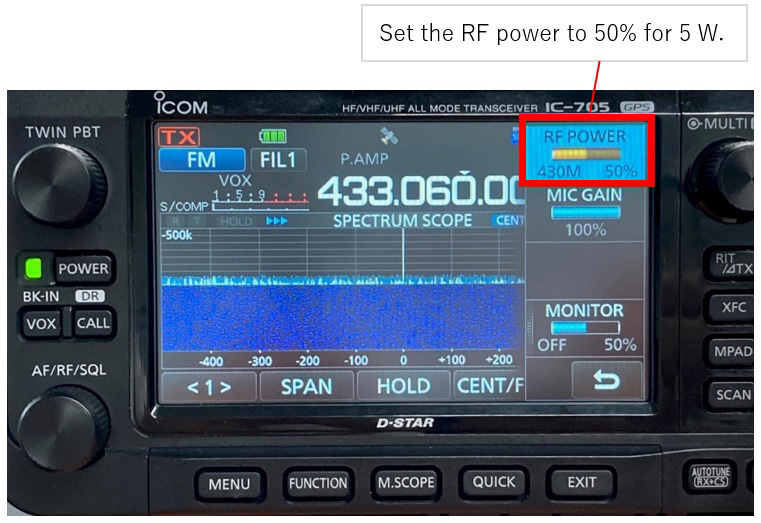 Communication time per station was less than 3 minutes. This QSO style is 1 minute for sending my name, operating location, my rig and the antenna I used. Then, there is 1 minute receive while the other station sends the same information.

At 1550 JST, I had already worked 16 stations. The battery level indicator showed only one segment left. The IC-705 suddenly turned to the receive mode when I pushed PTT. It meant that there was not enough battery capacity to transmit. I replaced the BP-272 with the spare one and resumed operation. At 1630 JST, the call was finally finished.

I had continuous QSOs for 1 hour and 24 minutes. The rear part of the main body was warm, but there were no problems at all. I worked exactly 30 stations. At this point, there was still one remaining battery level indicator. 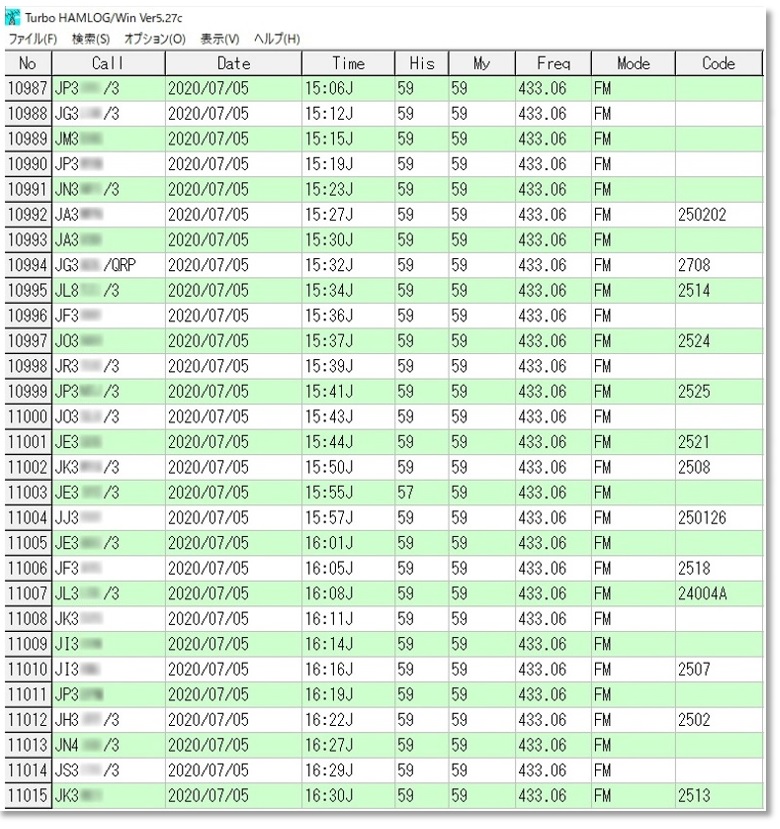