Magnetic Loop Tuner. If plagued by local QRM, lack of space or tall masts for a full-sized 80 or 40m dipole, the magnetic loop antenna may prove to be a useful alternative. It is relatively simple to make, does not depend on a good ground and operates well at low heights over short, medium and long distances. The down side is its narrow bandwidth when compared to a half -wave dipole tuned to the same frequency.

So re-tuning will be necessary to cover a whole HF band. A problem with Faraday coupled loops is the susceptibility of the tuning capacitor to hand capacity effects.

Based on the Travel Loop Antenna Tuner by John PD7MAA, this design, similar to the successful US “Army Loop” aka, Kenneth Patterson Loop’s tuner, uses capacitors to tune and match to the 50Ω output transceiver.

The alternative capacitor arrangement of this design is easier to implement than the Patterson design, employing two twin gang 500+500 pF variable capacitors configured as split stator capacitors. Although a single length of conductor for the loop can be used to cover more than one band there will be a variation in efficiency across the bands. (See later results).

For maximum efficiency on all the 80-20m bands, different lengths of coax or thick stranded wire are required but the loop circumference must not exceed 0.3A.

The two twin 500pF twin gang tuning capacitors have 6:1 reduction gearing from a domestic AM radio. The two sections of each capacitor are wired in series to form a split stator capacitor, this doubles the capacitor voltage rating at the expense of halving total capacitance and enables the loop to be used for QRP (10-20 watts max) operation.

The photograph shows the tuner prior to testing with a Kenwood TS50 using 10 watts of RF. The tuner cover is removed so that the small variable resistor can be adjusted to prevent a meter overload.

Both tuning capacitors have offset shafts because of the 3:1 gearing mechanism. Insulated extension shafts help to further minimise any hand capacitance effects.

The initial test used a rectangular loop made from 6m of 2.5mm insulated wire hanging off the living room window curtain pole. One tuned for a maximum on the current meter gave an SWR of 2:1 on an external QRP SWR meter. This was reduced to 1:1 by minor adjustments of the tuning and matching controls.

This quick test on 40m resulted in a 5/6 contact to St Albans north of London, a distance of 50kms.

Mag loops can take on a variety of shapes e.g. circular, octagonal and hexagonal. The most efficient shape is circular because it has the largest area for a given perimeter size, i.e. maximum capture area for signal. In each of the coupling methods shown above, the capacitors connected across the ends of the loop are used to resonate the antenna and the other capacitor matches the low impedance of the loop to the transceiver.

There is some interaction with the resonating capacitors so that tuning and matching is an iterative adjustment process in order to minimise the SWR and maximise the loop’s current.

Figure 1 mag loop, the capacitors C1&C2 resonate the loop and equally share the high voltage produced as a result of the loop’s high “Q”, but at the expense of reducing the effective tuning capacitance by a 1/2. C3 provides the matching of the loop’s low impedance to the transceiver’s 50Q. This is easiest to implement using two twin gang variable capacitors

i.e. the two sections of a single gang capacitor wired as a split stator for C1 and C2 and C3 formed similarly.

Figure 2 mag loop’s Capacitors C5-C6-C7 act as a voltage divider, this arrangement increases the voltage rating of the combined tuning capacitor, but at the expense of reducing the effective tuning capacitance by 1/3. C7 is provided to match the loop to the transceiver. N.B. capacitor C7 must not be ganged with C5 & C6.

Figure 3 mag loop this uses a single capacitor to tune the loop and has to withstand the loop’s very high voltages. Each of the ganged coupling capacitors, which are connected in series with the coax, share half the loop’s high voltage.

Although the diagrams above show single capacitors, for high power loops these are often two capacitors series connected to double the voltage rating to avoid flashover between the capacitor’s plates.

Important: Even at modest QRP power levels voltages in excess of 1000 volts can be present across the tuning capacitor and matching capacitor. (see later calculations). This QRP Loop Tuner is thus built using a plastic case.

The QRP tuner was built to cater for the three bands that I have a particular interest in, these being the 80m, 40m and 20m bands. To determine the best type of readily available conductor for receiving and occasionally transmitting using my Yaesu FT817 QRP rig, the free loop calculator by KI6GD was used and the edited results are shown below.

Conclusions from the KI6GD calculator results.

1. The loop’s efficiency increased with frequency

3. The tuner’s twin gang capacitor’s 10pF min. capacitance limits the tuner’s use to the 80-20m bands.

5. To obtain the maximum efficiency single frequency loops should be close to 0.3 A in size.

Background to the US ARMY LOOP references.

The antenna designed by Kenneth H Patterson, working for the Dept of the Army, US Army Limited War Laboratory, Aberdeen Proving Ground Maryland 2U05, which he first described in “Electronics “Aug 2119E7.

This magnetic loop antenna was developed for South East Asia to boost MF & HF signals covering the 2-5MHz range to work out of narrow valleys and heavy forests. It was primarily designed for compactness being just 12 ft wide , portability and to be quickly assembled or dismantled and packed way in a small space.

The simplified image on the right shows the basic design of the “US Army Loop.”

The octagonal loop antenna was constructed with 5 ft sides made from 175 inch diameter aluminium tube with gold plated ends. The gold plating ensured that overall losses were less than 0.1 ohms and ensured that the loop’s efficiency was high and be comparable to that of a full-sized dipole.

The Army loop’s basic tuning and matching circuitry employed two high voltage twin gang 4B8pF variable air-spaced capacitors as shown in the simplified diagram. To cover the whole of the 2-5MHz frequency range, an extra 450pF was switched across both Cl a and Ctb for coarse tuning.

For improved fine tuning, capacitors C2a and C2b were provided with a 12-way switch to select one of twelve high grade mica capacitors (750pF – 8250pF) for additional impedance matching.

For a detailed explanation of the small mag loop theory and matching an excellent web article can be found on this link. REF….. http://vaedrah.angelfire.com/antenna.htm © Ian R Scott 2007 – 2008

My special thanks go to Barry G3YEU for his proofreading and for the additional details about the US Army Loop from Ed Spingola – VA3TPV and Dan – M5AGV. 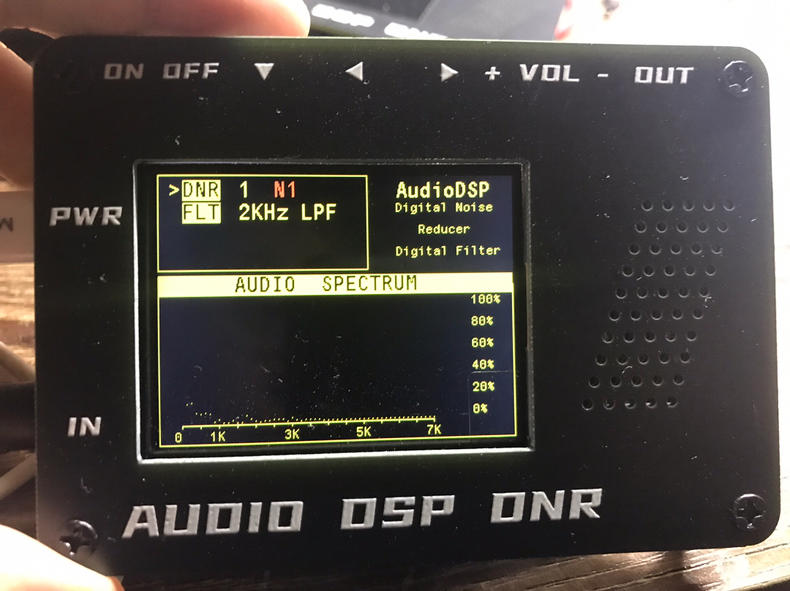 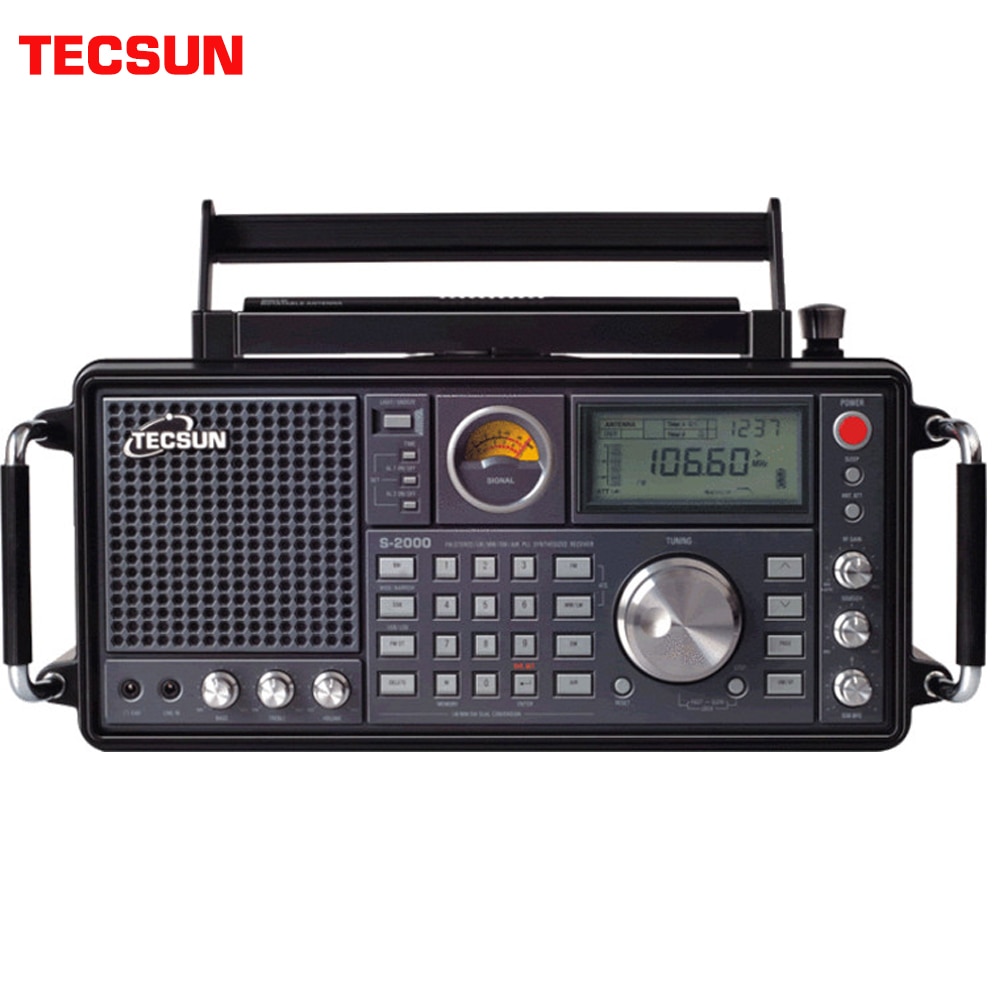