QCX Mini. Smaller, Lighter, but the same circuit and firmware just as the QCX+ is. Many surface mount parts are used, and they’re preinstalled at the factory.

Truly miniature indeed. And with this announcement over at the QRP Labs groups.io page, we learn that they’ll be ready for sale by December 2020. Great work, in a short amount of time! Be sure to go over to QRP-Labs.com/qcxmini.html to read about the development of this new, smaller version of the QCX.

Just a quick post today to point you in the direction of an exciting announcement from Hans Summers over at QRP Labs. When he discontinued the QCX in favor of the QCX+, there was a strong contingent of hams who cried out in unison: “It’s too big!” and expressed that they wanted a small version such as the original so that they could use it for portable and backpacking (SOTA, mostly) use.

Hans listened, and in the following video, he talks about his design goals for a new QCX variant, the QCX Mini. It’ll feature an even smaller volume than the original QCX, the same power output, and lower current consumption. It’ll have a large number of pre-installed SMD components which means that it’ll be even faster to build. Check it out in the video below:

Let us know what you think in the comments below!

A Tour of the QRP Labs HQ

Another new video is also posted, a virtual tour of the QRP Labs headquarters. I’ve only had a chance to view part of it, but it’s very cool to see where the magic happens.

When he discontinued the QCX in favor of the QCX+

9,937 QCX kits have been sold since the launch in August 2017. The current batch of kits are almost at an end. Despite the huge number of kits sold to date, the ongoing demand is still very strong. It became apparent to me that regardless of what other new kits come later, there will always be a place in many radio ham’s hearts for a high performance, mono-band QRP CW transceiver kit.

With its high performance, easy to build and use, CW decoder (including practice mode) and keyer, etc etc., the kit has also proven attractive to newcomers to amateur radio and/or CW.

But I wanted to fix some of the things that have always nagged me at the back of my mind since the start. For the YOTA 2017 summercamp hosted by RSGB in UK, I was under such tight budgetary and time constraints that I had to compromise on certain things.

Particularly the inconvenience of fitting the QCX into an enclosure due to the connectors on the two sides, with controls and LCD all at different heights. This has been a distinct disadvantage in many people’s mind (though also unleashing much creativity among mechanically inclined constructors).

QCX+ is the replacement for the QCX. No more QCX kits will be made. You can read about the QCX+ here http://qrp-labs.com/qcxp .

The QCX+ development is complete, it is currently in production and will be shipping in mid-June. I am making this announcement now, to allow pre-orders, since the current batch of QCX kits is now practically finished.

The changes in QCX+ are as follows (summary, see http://qrp-labs.com/qcxp for full details):

Due to the 2.2x increase in PCB area, additional inter-board connectors, switches, hardware etc., there is a modest increase in price from $49 to $55.

Manufacturing is already underway and PRE-ORDERING is now open, for shipment in mid-June 2020. See http://shop.qrp-labs.com/qcxp 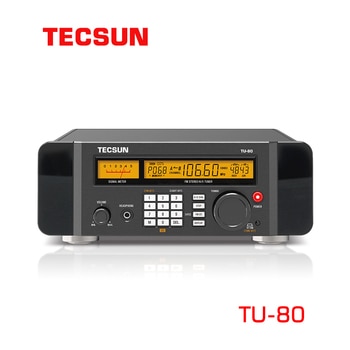